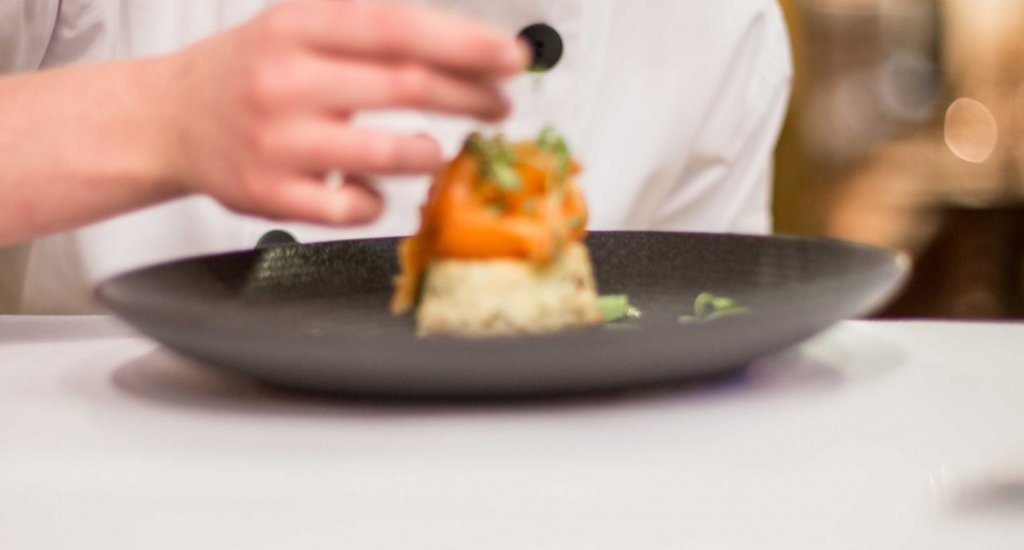 How Has the Chef Role Developed?

Whilst on the surface it might seem that a chef’s primary job is to prepare and serve food, the role itself has developed and evolved so much since then. From the activities they carry out, the technology they use and the chef uniform they wear - the role of a chef has developed drastically over the years. Food trends are ever-changing, and the role of a chef reflects this. It’s no longer just about cooking, being a chef is so much more than that. As kitchens have become busier and more complex, comfortable and practical clothing is needed to match that. At London Linen, we can provide chef clothing that is perfectly tailored to match the needs of those working in busy kitchens. So how has the chef role developed? Let us explain how the chef role is different now from what it once was!

A Brief History
The role of being a chef is one that first originated in Ancient Greece. If you were a chef back in these times, then you were most likely a slave. Despite this, chefs were usually the master of slaves and servants to the people who worked in the same environment. In particular, a cook was the master of all the household slaves. As the Roman civilisation started to gain momentum, chefs started to build some status in society. It was only until the middle eighteenth century that the first professional chef actually went public. Before then, only houses with great wealth and authority could afford a chef. It goes without saying that chefs now hold a very different role in our society!

Not Just Meal Creators
Going back in time, the role of a chef was to prepare and serve food. However, student chefs now also develop their guest interaction skills to improve the customer experience. For instance, if a customer wants to praise or raise an issue with the food served, then the chef must have the capabilities to communicate with the customer. In addition to this, chef courses also teach students how to effectively manage a kitchen whilst educating them on hygiene and safety. As a result of this, restaurants are now much more informed and vigilant when it comes to being compliant with health and safety regulations.

Opportunity to Learn
As time has gone on, the ambition of being a chef is now much more accessible because of culinary courses and degrees. Education programmes and cookery schools like these give the opportunity for students to learn and hone their skills within the hospitality domain, learning how to use the right equipment and mastering their techniques. Every year, countless people graduate with culinary degrees, meaning that the role and industry itself is being filled with more knowledgeable and talented chefs. Despite learning from an education programme, the learning does not stop there. As the market is becoming saturated with high-quality restaurants with delicious food, this means that chefs have to come up with something new and innovative to entice new customers to the business. This is different to the previous role of chefs who would perhaps learn a fixed amount of dishes and proceed not to expand their culinary repertoire due to lack of education.

Evolution of the Chef Uniform
Whilst chef clothing has always been important for them to carry out their duties, the uniform has actually evolved somewhat over time. There are several factors at play that contribute to the evolution of the uniform - the need for protection and to convey a professional appearance. In medieval times, the main mark of a chef was their apron. For instance, in fifteenth-century illustrations of Chaucer’s Canterbury Tales, the cook is shown to be wearing an apron. Furthermore, a cookbook by Marie-Antoine Careme was released which contained a sketch of two chefs wearing a toque, trousers, double-breasted jacket and an apron. Although chefs might not wear the same giant hat that is depicted in the photo, what is perhaps most surprising here is the fact that the main choice of chef clothing stays the same in the sense of wearing a double-breasted jacket and the option of a toque.

The main aspect that has evolved when it comes to chef clothing is the actual material used. Whilst older materials may have been uncomfortable, today’s selection of fabrics are perfect when it comes to practicality and comfortability. At London Linen, we specialise in chef clothing that maximises and guarantees comfortability, hygiene and safety. We know how rewarding the role can be, but we also understand how physically demanding it can be. That’s why we are committed to providing chef uniforms that consider elements such as functionality, temperature, choice design and safety.

Restaurant Layout & Design
The role of being a chef has even evolved in the way the food is prepared, cooked and served. Perhaps one of the most recent phenomena surrounding restaurant layouts is the use of open kitchens. Whereas the kitchen was previously hidden outback out of sight, some restaurants now incorporate the kitchen into the actual main part of the restaurant. This means that customers are able to see their order being prepared, whilst also offering the opportunity to communicate with the chef. Not only does this add a personal touch to the customer’s dining experience, but being out in the public area also ensures that the kitchen is complying with hygiene and safety rules at all times.

This layout is used predominantly with Teppanyaki restaurants where the diners are usually sat round in a circle and the chef is located in the middle. This is also seen with some corporate Italian restaurants too. This completely changes the way that the chef behaves because they are in view of the customers. Whilst previous kitchen environments may become heated and tense, any confrontation needs to be managed and organised effectively to ensure the customer is receiving the best service. Furthermore, they should also be wary of their appearance and how this represents the company. As aforementioned, the chef may be expected to communicate with the diners. Therefore the appearance of a chef is now vital towards making a good impression of the restaurant.

As technology has developed, it has made the role of being a chef much easier. For instance, chefs now use equipment such as smart oven technology and Bluetooth temperature sensors. Smart oven technology allows the cooking process to be simplified. These appliances can adjust itself to a lower temperature once a meal has been cooked, which allows the food to stay warm until it’s ready to serve. This means that the chef is able to focus on other aspects of the cooking process.

As well as the equipment being used, the role of a chef has also evolved because of social media. Social media platforms such as Instagram or Facebook allow chefs to showcase their creations online and engage with the public. A lot of chefs utilise this powerful marketing tool because its a way to entice new customers into their hospitality business. In addition to this, chefs can use social media to keep up with new trends.

Expect the Best Chef Clothing from London Linen
Here at London Linen, we pride ourselves in being the leading linen hire company in London. We understand how the role of being a chef has evolved over the years and that’s why we provide our clients with the most comfortable, modern and practical chef clothing to help you perform your duties. Our services have changed the way hospitality businesses operate. Whether it be braggard jackets, aprons or drawstring trousers, our range of chef wear can help you excel in your role. With over eighty years of industry experience, we hold strong values when it comes to providing our customers with a smooth and high-quality service. If you believe that London Linen is the right company for you, then get in touch with our team today!

Contact us today to make an enquiry about kitchen linen hire in London or restaurant and table linens services. As the most reliable dry cleaning services in London, we can help you achieve your best.